SNS: Cutting the Docuseries “On The Brink” with EVO and ShareBrowser 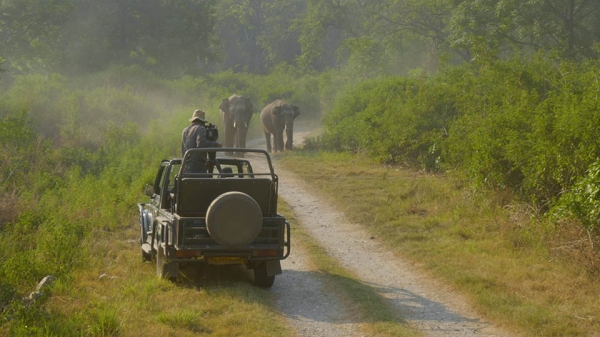 SNS: Cutting the Docuseries “On The Brink” with EVO and ShareBrowser

On The Brink is a wildlife documentary series with a mission to create awareness about the conservation crisis facing India’s ecosystems and the species that inhabit them. The Gaia People, an award-winning husband and wife filmmaking team whose work has been featured on Animal Planet, BBC, Discovery, ITV, Nat Geo, Netflix, NHK, and PBS, takes viewers on an incredible journey across India. Each episode highlights the natural history of various endangered species and the people who dedicate their lives to studying and protecting them.

The production crew spent more than 200 days in the field traversing across the Himalayas at 15,000 feet altitudes and bone-chilling temperatures, to caves, beaches, and rain forests to bring viewers a never before seen look at India’s wildlife. Although Praveen Singh, Director, and his team were no strangers to the harsh conditions of wildlife filmmaking, post-production had its own set of challenges.

Pushing Post-Production to The Brink

When On The Brink was renewed for a second season, Praveen had realized that the workflow that got them through season one wouldn’t cut it for the next ten episodes. “In the field, we were using 2TB/4TB portable USB drives,” said Praveen. “There was the constant hand-over of drives between different editing machines, and all of our project files were scattered across devices.”

We needed something centralized that could support a more organized and collaborative workflow.” They also knew that their storage would need to support their final 4K online edits, so direct 10Gb connectivity and proven performance were important. “We didn’t have dedicated IT resources, so we knew we needed a system that was easy for our editors to understand and manage.

With that in mind, The Gaia People chose EVO to handle the post-production workflow for their next season of “On The Brink.”

The 10 episode season was shot with two crews, each with 3-4 people shooting on a mix of Canon C700, Panasonic Varicam S35, GH5s, and a Mavic Pro 2, all capturing 4K. Each day they would transfer their camera cards to USB drives that get shuttled back to their office in Noida, in the NCR for editing, where dozens of hours of footage would be cut down into 22-24 minute episodes.

The post-production team consists of 3-4 editors, and other team members all accessing files, logging metadata, and making selects in real-time directly from an EVO shared storage server. The team starts by creating ProRes 4:2:2 proxies to lighten the load on their edit workstations, then use ShareBrowser, EVO’s built-in media asset management software, to review footage and make selects for the episode. Once the selects are done and clips have been logged, they bring their media into Adobe Premiere Pro using the ShareBrowser Panel, which integrates directly into Premiere and brings their metadata directly into their project.

“Using EVO and ShareBrowser with Adobe Premiere is just seamless. With Adobe and EVO being OS independent, we felt that it would be the best combination for us. All of our assets for the project are neatly organized and structured in one place,” Praveen said. “Editors, designers, and everyone else on our team can easily collaborate and share files and projects. For the online edit, we have peace of mind knowing that EVO will enable quick re-linking to original 4K files and support the seamless playback of the 4K masters.”

For more information or to arrange a demo of this or any other SNS product, please contact